WILL THE WAR DRUMS BECOME LOUDER?
Since 3600BC, governments have fought 14,000 wars against each other. As far as I am aware, there is no period in history without an important war.

At the end of the 30 year war, European nations tried to put a stop to unprovoked wars with the 1648 Treaty of Westphalia. The peace conference in Muenster involved 194 states. The start of the war in 1618 was the Protestant Bohemians rising against the Catholic Holy Roman Empire. The major opponents to the Roman Catholics were the Habsburgs supported by Sweden and the Netherlands. Spain and France were also involved in the war together with many other nations. 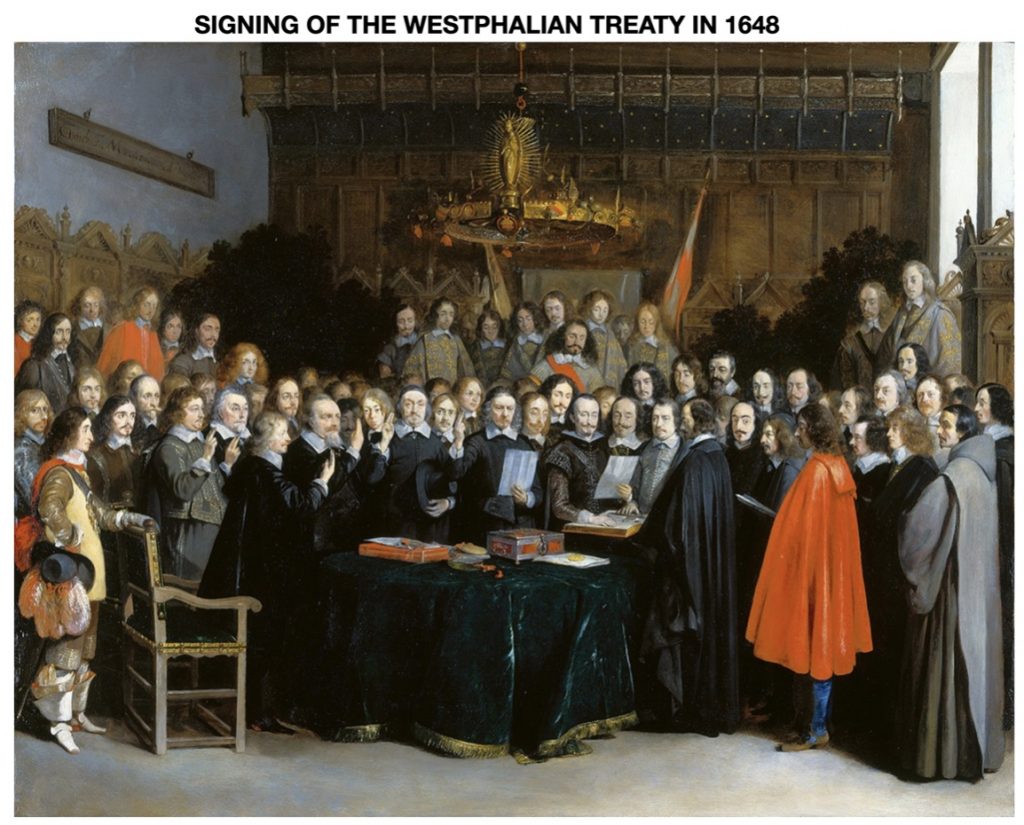 Interestingly, my two home countries benefitted from the peace. Sweden by virtue of being a major military power at that time gained substantial territories around the Baltic and Switzerland gained formal independence from Austria.

But the major result of the Westphalian peace treaty in 1648 was:

Almost all wars in history have been between neighbouring countries. But in the 20th century the US changed that.

Without provocation and far from its borders, the US invaded Vietnam, Serbia, Iraq, Libya and Syria. So the 300 year old Westphalian principle of non-interference was properly buried by the US on multiple occasions. But not only did the US break this principle but also failed in each single one of the aforementioned conflicts.

WHO & WEF the New Totalitarian State
Christianity.Expert
The Results of Idol Worshiping