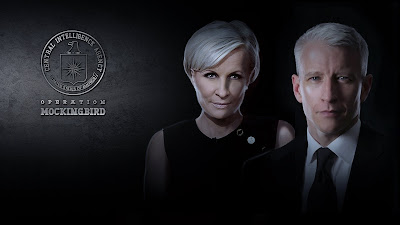 By Susan Duclos - All News PipeLine

Operation Mockingbird for those that have never heard of it, was a CIA program that recruited reporters to write fake news stories to disseminate to the public in order to push a narrative that U.S. intelligence agencies wanted Americans to believe.

Whether that narratove was true or not.

While the official Operation Mockingbird is still referred to as an "alleged" program," congressional testimony and other public statements regarding the program, were documented.

Before going into recently published details of how this operation is still at play present day, in practice if not by name, the short video below includes some congressional testimony, and acknowledgement by Sig Mickelson, CBS News President from 1954 to 1961, of the CIA's infiltration of major U.S. news organizations.

As ANP and other Independent Media outlets have extensively documented the unprecedented amount of "news" stories that contained no named sources other than "high level official," or "intelligence agency official," that garnered viral attention.

Some of the public later found out the information was fake, the story inaccurate, to the point in some cases where total deletions were made, corrections offered weeks and even months later, when no one would see them, and journalists were forced to resign.

Recently, progressive journalist Glenn Greenwald highlighted an article/book excerpt that he called "One of the most important articles this month."

His full statement was "One of the most important articles this month is this book excerpt, published by NYT, describing how private spy agencies (GPS) manipulate journalists to publish false information, such as the Steele Dossier."

He then continued with "The Steele Dossier shaped US politics for 4 years. Journalists now will pretend they mocked the salacious parts -- they didn't -- but the core fraud of it contaminated everything. The most gullible ones who promoted it -- @Maddow , @NatashaBertrand , @DavidCornDC -- were rewarded."

My only disagreement with Glenn here is I do not think Maddow, Betrand or Corn pushed the discredited Steele Dossier because they were "gullible," but rather because it furthered their own agenda and goals.

They simply didn't care if it were true or false as long as they could use it, without confirmation, to attack President Trump.

Glenn's nearly four-minute Fox segment is shown below, then we will get to some of the truly damning quotes from the former NYT reporter than wrote the book.

(ANP NEEDS YOUR HELP: Donations and ad revenue are all that keep ANP online, so please consider donating to ANP to help keep us in this fight for America's future at this critical time in US history. With 'slow-Joe' Biden occupying the White House, and at a time of systematic, 'big tech' censorship and widespread Democrat corruption, truthful media and alternative views are crucial.)

• Beneath the dossier’s journey from media obsession to slush pile lies a broader and more troubling story. Today, private spying has boomed into a renegade, billion-dollar industry, one that is increasingly invading our privacy, profiting from deception and manipulating the news.

• While I was examining the private intelligence business, it became clear that I needed to look at another profession, the one where my career had been spent — journalism. Reporters and private investigators long have had a symbiotic relationship that is hidden from the public. Hired spies feed journalists story tips or documents and use reporters to plant stories benefiting a client without leaving their fingerprints behind.

The information they peddle is often sensational. It can also be impossible to verify or be untrue.

When Mr. Trump, an ex-MI6 agent and two former reporters were thrown into the mix, the ingredients were in place for a media debacle of epic proportions. And in a news business that is fragmented and hyperpartisan, a similar fiasco may lie dead ahead.

• Investigative journalists normally rely on court records, corporate documents and other tangible pieces of evidence. But the dossier took them down a very different path, one into the shadow lands of intelligence, a realm where documents don’t exist and where reporters often can’t independently confirm what their sources are saying.

After BuzzFeed posted the contents of the dossier in early 2017, countless articles, television shows, books, tweets and blog posts about it appeared. Then the music started to stop. Robert S. Mueller III, who led a Justice Department inquiry into possible collusion between the Trump campaign and Moscow, barely mentioned the dossier in his 2019 report. A separate review that year by the inspector general of the Justice Department, Michael E. Horowitz, also threw cold water on the dossier and raised the possibility that Russian agents might have fed disinformation to Mr. Steele’s sources, a suggestion the former British agent rejected.

• In an article for Rolling Stone, Matt Taibbi cast the media’s handling of the dossier as a replay of a press disaster: the reporting before the Persian Gulf war, which claimed that Saddam Hussein had weapons of mass destruction. “The W.M.D. affair showed what happened when we don’t require sources to show us evidence, when we let political actors use the press to ‘confirm’ their own assertions,” Mr. Taibbi wrote. “Are we never going to own up to this one?”

The short answer is no. To learn from the dossier episode, news organizations would have to examine their ties to private intelligence agents, including why they so often granted them anonymity. But as long as the media allows private spies to set the rules, journalists and the public will continue to lose.

The entire NYT article can be read at this archive.is link.

Before moving along, I would like to highlight one more social media statement by Greenwald: "The most frequent and damaging "disinformation" comes not from QAnon conspiracists or 4Chan bulletin boards or MAGA boomers posting memes on Facebook. It comes from the largest corporate media outlets, directed by CIA/FBI/private-spies, who want to censor the internet."

In my opinion, that is why they want to censor the Internet, so their fake spy-fed narrative has no pushback, no one to disagree or debunk their lies for the public.

The CIA, in fact these days almost all the U.S. spy/intelligence agencies are still attempting to control and manipulate Americans and political policies, just as Operation Mockingbird was intended to do.

It also bears noting that Operation Mockingbird "has never been officially discontinued." 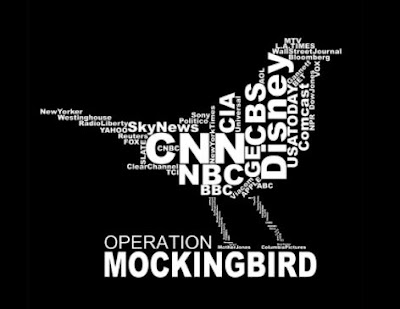 THE MEDIA CAN NEVER BE TRUSTED AGAIN

If you ask a dozen friends or acquaintances what Operation Mockingbird is, or was, there is a high likelihood that not one of them will know anything about it, because the media most definitely does not want the public to know they are bought and paid for by U.S. spy agencies, to the point where they will deliberately publish fake news because they were told to.

Many Independent media readers already know this, as ANP and others have detailed many of these instances.

The difference is Independent Media will link to sources, name names, find video to prove our specific quotes by people are accurate, and provide as much information as possible to back up our assertions.

The media does not do that. They want to tell people what to think, believe, do and say, and showing their work, proving their assertions directly conflicts with those goals.

The fact is that once Operation Mockingbird was exposed, no media outlet should ever again have been trusted, but since they do not acknowledge that decades old scandal present day, they are deliberately keeping their audience ignorant of their complicity in pushing deliberate fake news on behalf of the CIA or other Alphabet soup agencies.

That first video should be mandatory for students, and journalist students to watch and learn from as to what NOT to do, as well as to show the mindless sheep that still believes what they read in major papers or hear on national cable news, that the media has been deliberately publishing lies for decades.

It is not human error. It is not gullibility.

It is deliberately disseminated fake news.

The NYT article of the book excerpt confirms what the MSM claims is just a conspiracy theory.

Intelligence officials are not tricking the media into publishing fake news. The MSM is doing it willingly, knowingly and deliberately.

Related: The Media Hates You And Is Shocked That You Hate It Back