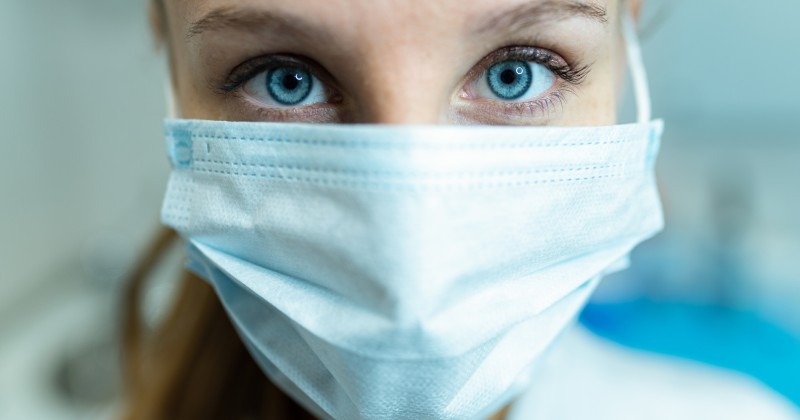 As we highlighted yesterday, Dr. Fauci advised Americans to begin wearing two masks, saying that it “makes common sense” for more than one layer to be more effective.

However, Fauci was outdone by researchers at Virginia Tech, who said that two face masks only provide 50-75% efficacy and that three masks should be worn to achieve 90% effectiveness.

According to Dr. Scott Segal, chair of anesthesiology at Wake Forest Baptist Health in Winston-Salem, North Carolina, even that may not be enough.

“If you put three or four masks on, it’s going to filter better because it’s more layers of cloth,” Segal told NBC News. However, Segal’s advice is contradicted by CBS4 Medical Editor Dr. Dave Hnida, who said, “Three masks may be going too far, since that could interfere with the ability to breathe.”

But why concern yourself with trivial matters such as breathing when the wearing of multiple face coverings is so effective in delivering social media clout?

The NBC article also notes how the general public has been conditioned to comply with face mask mandates as part of the ‘new normal’.

“Acceptance of face coverings has come a long way over the past year. Americans increasingly use them as a way to make fashion statements or to show love for their favorite sports teams.”

Time to bend over.

WHO & WEF the New Totalitarian State
END_OF_DOCUMENT_TOKEN_TO_BE_REPLACED
Christianity.Expert
The Results of Idol Worshiping