The quantum leap forward: On birthing the world’s fastest, most advanced internet network, China claims supremacy over the US 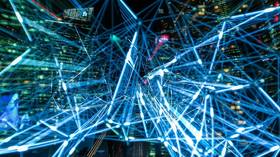 Beijing’s new quantum computer can solve mathematical problems in 200 seconds that it would take current supercomputers millions of years to solve – and the network around it will revolutionise how we live and work.

China achieved “quantum supremacy” with the development of its Jiuzhang quantum computer, which last month surpassed Google’s Sycamore quantum device with its ability to calculate 100 trillion times faster than the fastest classical supercomputer.

The development sent shock waves around the world. But before this news could be fully digested by rival players in the quantum race, Beijing announced it had also built the world’s first fully integrated quantum network. Earlier this month, a network of satellite relays and fiber optic cables between Shanghai and Beijing was able to “teleport” huge amounts of data.

The world is now witnessing the birth of a Chinese quantum internet that will revolutionize society by allowing unhackable transfers of data and optimizing machine learning for the ‘internet of things’, and possibly leading to instantaneous communication when developed further. Quantum computing allows the evaluating of multiple possibilities at once and the performing of complex calculations not possible on normal computers. “Quantum computers aren’t just about doing things faster or more efficiently,” a Wired article explained last year. “They’ll let us do things that we couldn’t even have dreamed of without them. Things that even the best supercomputer just isn’t capable of.”

As the writer described it: “If you ask a normal computer to figure its way out of a maze, it will try every single branch in turn, ruling them all out individually until it finds the right one. A quantum computer can go down every path of the maze at once. It can hold uncertainty in its head.”

The Chinese scientists teleported quantum information 1,400km (870 miles) to two satellites then back to earth via receiver stations – a first step in creating a global-scale quantum internet. Together with the development of Jiuzhang, the recent developments have pushed the country to the forefront in the race to win the ‘quantum age’ – a development that will unnerve Washington and Silicon Valley.

According to Professor Lo Hoi-kwong, of the University of Hong Kong, China is now playing the leading role in the application of quantum communications. He predicted that the technology would have advanced applications for the Chinese military, its finance sector, and for the country’s overall communications.

One of the key architects of Jiuzhang, Professor Chao-Yang Lu, of the University of Science and Technology of China, told RT.com that the computer gained “quantum advantage” over the most advanced classic supercomputer through the use of photons of light to solve calculations, instead of the classical use of electrical binary signals in microprocessors.

He claimed the revolutionary design would allow computations that would take conventional supercomputers hundreds of millions of years to solve to be executed in seconds. Speaking to RT.com from his office in Beijing, Professor Lu said the applications of the new technology would transform “the field of quantum chemistry and optimization, which can be helpful in designing new materials and machine learning”.

He explained how Jiuzhang could be deployed in China’s quantum internet development, “because it can be used as a node,” able to program and store information being communicated through the quantum network. The professor added that the Chinese device had an advantage over its competitors, such as Sycamore,as “it uses photons that are naturally compatible with the internet because obviously flying photons are the fastest and only sensible way to transfer information over long distances”. He added that “quantum computation and quantum communication using photons share a lot of techniques in common”. Sycamore relies on super-cold, superconducting metal, whereas the Chinese alternative can operate at room temperature. 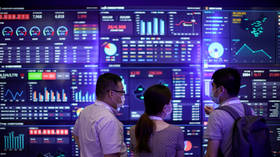 One promising application for quantum computers is their ability to solve machine-learning optimization problems and quickly read huge data sets. This speeding up of machine-learning algorithms will allow much more advanced autonomous devices. The development of the internet of things will see vast scales of data gathered every second by devices, sensors and machines. Quantum computers would be ideal information-processing systems.

Professor Lu emphasized that the phrase “quantum supremacy” was not about political domination, but based on such devices outperforming classical supercomputers. He stressed: “Building quantum computer machines is a race between nature and humans, not between countries... The whole international community should closely collaborate. We should encourage more open scientific exchange in both knowledge and people.”

Since 2016, China's president Xi Jinping has been aggressively pushing the advancement of the nation’s research into quantum technology. The move is a key part of his blueprint to make China technologically self-reliant and a global leader in scientific research and development. He has set the nation a goal of achieving dominance in the area of quantum computing by 2030.

Billions of dollars have been poured into the quest, and a new institute created: the Chinese National Laboratory for Quantum Information Sciences. The institute was behind the creation of the integrated quantum network, consisting of two satellites and thousands of kilometers of optical fiber cables linking key government facilities, power grids, military posts, and banks between Beijing and Shanghai. The whole system is claimed to be immune from disruptive cyber-attacks.

According to the Global Times, president Xi announced at a CCP group study session in October 2020 that he wanted to strengthen “top-level design” in the field of quantum science and encouraged the acceleration of “breakthroughs in basic research”. Referring to the nation’s dedication to becoming dominant in the field, the state-run tabloid also reported that “China had nearly twice as many patent filings as the US for quantum technology overall in 2018”.

The US has responded testily to China's ambitions in quantum computing, particularly fearing its military applications. In 2018, President Donald Trump placed his signature to the National Quantum Initiative Act, which pledged $1.2 billion for research in the field over five years. In the same year, the US military implicitly referred to China’s quantum advancements as a national security threat in a statement titled ‘Technologies for Threat Military Applications’. It read: “A global race has ensued to exploit and operationalize quantum technologies for the use of military effects. The race to conquer the quantum domain is among the most fiercely competitive in today’s world of technology.”

Quantum computing can utilize two fundamental properties of quantum mechanics: superposition and entanglement. Superposition means the information held in ‘qubits’ can exist in two different states simultaneously. This could allow vast amounts of information to be stored in sections of code.

Entanglement is another advantage of the quantum and is one of the strangest phenomena of quantum mechanics. Einstein called entanglement “spooky action at a distance”, in which subatomic particles that are nearby each other influence each other in some way, such as the direction they spin in. However, the strange effects of entanglement mean that when these two particles are separated, no matter at how vast a distance, if one is changed, the other goes through the same changes at exactly the same time, meaning these two particles are intimately and forever connected. The principle of entanglement could be used by quantum devices for the exponentially faster communication of information.